I have a new project, Almea+400. I’ve been working on Almea for forty years, and for all that time Almea has stayed in the year 3480. No more! The new project is to tell what happened next— for the next four hundred years. 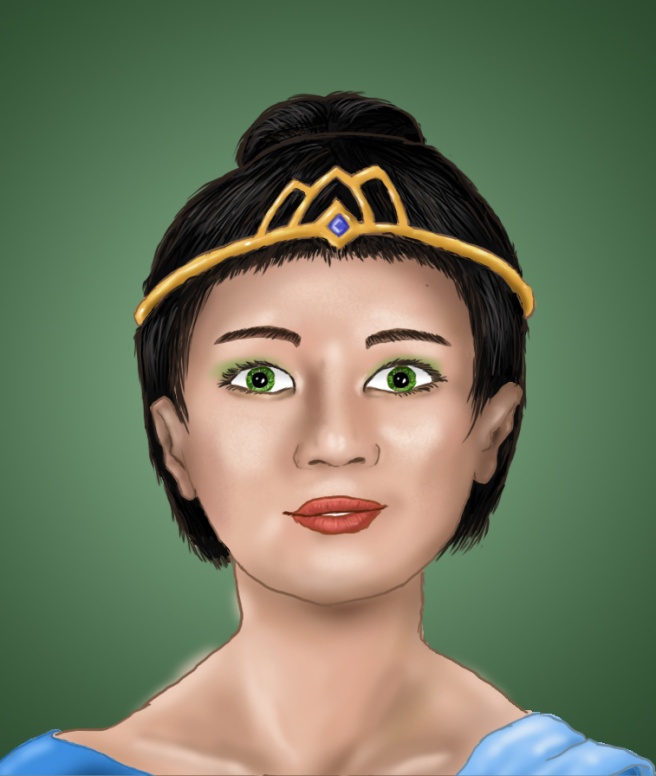 This takes us through the equivalent of the modern era, and well into science fiction territory. I already have an outline of the history, and I think some really interesting things are going to happen.  Or have happened. I am not sure what tenses are appropriate here.

You’ll also notice that I have a Patreon now. This is to support not only Almea+400 but all my writing projects. Basically, I earn a scant living as a writer, but it’s pretty darn scant, and any support would help me keep going. (The pandemic hasn’t really damaged my income so far— but my wife lost her job due to it, so that doesn’t help.) Naturally I understand that most of you won’t be able to join, and that’s OK. I do really appreciate those who already have!

If you’re curious or worried, I’m also still working on the Middle East Construction Kit. In fact, one of the next steps is to go back to the sketch of Sumerian there.

I made a few changes to the Sound Change Applier.

First, files should be supported. That is, you can now download your work to a file, and upload it back into SCA².  You can include the input lexicon or not.

(I use the download attribute on browsers that support it, and another method for Explorer and Edge.  Hopefully it’ll work on your browser.)

Second, you can now have intermediate results. E.g. you could generate Old Ibero-Romance and then Portuguese with the same sound changes.  (Basically: add the special rule -* at the appropriate place in your sound changes. You can add a descriptive name after it.)

See the help file for details on both changes.

Well, Jeffrey decided (and it’s about time) to put out his material from Langmaker as a book. He asked me to edit and design the book, and it’s almost done.

Back in the early 2000s, there were two websites that the aspiring conlanger certainly had bookmarked: mine and Langmaker.com.  Jeffrey was interested in all kinds of conlangs, and there were all sorts of ways to get involved: get your conlang listed, translate the Babel Text, submit a neologism, etc.  And then, around 2008, the database got corrupted, and no one knew how to fix it, and the site sadly perished.

The book contains most of the essays and reviews Jeffrey wrote for the site, plus a bunch of his conlangs.  (Except for the lexicons.  They’re one of his specialties, really, and worth a close look… but they’d make the book 2000 pages long.  I will host them a bit later.) (We tried to buy the Langmaker domain back for that, but it wasn’t available.)

We also included the “Conlangs at a Glance” section of the site, a list of historical and contemporary conlangs compiled by Jeffrey or submitted by readers. I spruced this section up to make it more informative.  I think it’s a useful snapshot of conlanging as of 2005 or so, and if that means it includes a lot of people’s first conlangs, that’s just how it was.

Edit: Oh! While I was adding the book page, I got rid of the Google ads on my home page. They are bringing in so pitifully little that they’re not worth the annoyance. I’m hoping to get up a Patreon instead.

This got a little too long for the blog, so it’s on my main page: a review of Tim Powers, one of my favorite sf writers.

There was one last thing to do for Hanying, and it’s done: an alphabet.  (With bonus mini-rant about SF font design.) 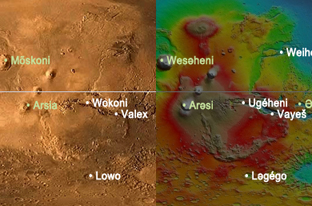 Best of all, it comes with an actual font.  Turns out FontLab is selling its cheapest font tool, TypeTool, for just $48, so now I have a font program again.  It’s the descendant of Fontographer, the program I used to use, so I could get up to speed very easily. And it hasn’t crashed yet, which Fontographer was prone to.

When Against Peace and Freedom came out, I promised to create a conlang if I sold 200 copies.  That goal was reached awhile back; in fact the total now stands at 346. (Which is still, well, suboptimal. The LCK, by contrast, has sold over 10,000 copies.)

But no matter, I decided to create Hanying, the language of Areopolis, and it’s finally done!  In fact, you really get three languages for the price of one:

Here’s a quick comparison. First, Old Hanying, where you can see the English and Chinese roots directly:

Xuputi xwo Fat “Xirtsun, bai kamyen, yo ženmin ma, dei meibi tiŋ dis xik, dei zhende xinren?”
Subhūti say Buddha / (World-lord), in future / have people Q / they maybe hear this teach / they true believe
Xirtsun represents Mandarin shìzūn and did not catch on in general.
Subhūti said to the Buddha, “Lord, will there be people who, hearing these teachings, have real faith in them?”

Next, Hanying Creole, which introduces many Portuguese words:

And finally Modern Hanying, where sound change has ruined everything, and a mass of agglutinated verb particles have fused to form an intimidating verbal complex:

Latest changes over at zompist.com:

Sadly, the page on where to score French comics has been removed, because I don’t know any more. The info was about 15 years out of date and I’m not able to buy them anyway. 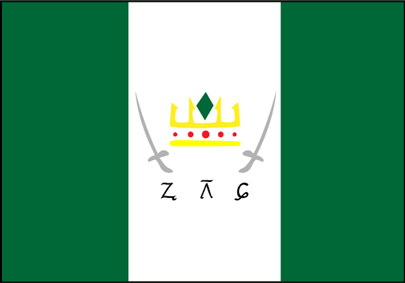 The main motivation was my syntax book.  I want to be able to tell conlangers how modern syntax can deepen your conlang, and I figured I should make sure I have a really good example.

Now, you’ll see that I did it without drawing a single syntactic tree. That never seemed to be necessary, though I do have some discussion of transformations, and I mark subclauses and talk about underlying forms. The main influence of modern syntax is in adding more syntactic stuff, and thinking more about how things interrelate.

I also took the opportunity to add glosses to all the examples, provide a new long sample text, redraw the dialect map, add new mathematical terminology, add pragmatic particles, and in general update the presentation to how I write grammars these days. I also html-ized the Verdurian short story I translated long ago. And subcategorize all the verbs in the dictionary. And provide margins.

FWIW, though much of the content is similar, it’s all been rewritten– I very rarely simply copied-and-pasted. Plenty of little things have been added, and some old bits removed. (E.g. the descriptions of the dialects, which I hope to expand on in more detail.)

An example of a little change: the morphology section no longer goes case by case, a method that makes it hard to look up forms.  And I changed the expository order to nom – acc – dat – gen, which makes it easier to see when the nom/acc forms are the same. (If it’s good enough for Panini, it’s good enough for me.)

Verdurian is still not my favorite language (that would be “whatever language I created last”), but the problems are mostly lexical.  And it’s a little too late to redo the vocabulary yet again.  At least I can say I’m pretty happy with the syntax now…

I’ve been playing with Markov text generators.  There was a little too much for a blog entry, so see my results here. Also includes links to web pages where you can run the generators yourself, or even download my C code to run against your own texts.

I’ve basically redone the Almeopedia. You can find it here.  The help page is here.

The old version (which is still up, for now) has had a speed problem for a long time. Just loading a page took 40 seconds, which made browsing painful and editing almost impossible.

I’ve been redoing pages (like the numbers page) by using Javascript to process big raw text files, and I used the same method here. It runs lightning-fast on my computer. The first few links may be slow when you try the above link, but it should speed up once the files are in your cache.

Since it’s now my code, I was able to do some side features:

There’s about 3 meg of raw text.  I’m amazed at how fast Javascript can plow through it (e.g. if you do a text search).  I skipped some optimizations I could have done simply because it’s good enough as it is.

I also took the opportunity to put the Historical Atlas of Skouras into Almeopedia. The old version was in Flash, which is deprecated these days.

Unfortunately, the new version isn’t externally editable.  Still, if you find errors or think something should be added, shoot me an e-mail.

There are undoubtedly errors and bugs… I copied all the text by hand, but I haven’t yet checked each page.  But, one of the purposes of the project was to make it easy to revise what’s there and put out lots of new material.